The Absurdity of Healthcare: How Medical Facilities Get Away with Extra Bills

Imagine the team goes to a restaurant for lunch. Everyone takes a seat and orders lunch. Conversations fly, food and drinks are enjoyed, and team morale is high. The bill arrives, appears accurate, and your business pays the tab. Then two weeks later, the restaurant sends an invoice with a charge for premiere seating. The waiter never mentioned the charge, the restaurant never advertised it, and you definitely didn’t ask for it. You try to dispute the restaurant, but they point to some fine print and shrug their shoulders, saying that you’re stuck paying for the charge whether you like it or not.

As absurd as this sounds, this scenario happens every day in healthcare.

Before COVID, one of our clients reached out with concerns following an employee’s telemedicine appointment. The call was scheduled through her health plan. She was pleased to complete the consultation in the comfort of her own home, speaking to her doctor remotely. The paperwork appeared to be finished and the doctor was paid according to the contract between her insurance company and the national network of physicians in which the doctor worked. Ten months later, the employee received a bill for a facility fee, for the telemedicine appointment.

But this employee never stepped foot in the building, but the hospital argued that since the doctor could have used the officer for the appointment, the facility fee was still justified.

In our client’s case, the concerns were clear:

Our client is not alone. Healthcare providers hide behind the complexity of healthcare billing and hidden disclaimers to charge facility fees on top of covered procedures or services. We believe this practice is unethical and quite possibly illegal. In fact, the state of Connecticut requires hospitals and medical providers to better disclose facility fees. While this is a step in the right direction, the disclaimer can be easily overlooked or hidden in confusing billing language. Many employees are still left surprised when they receive a secondary bill for hundreds and in some cases thousands of dollars.

Facility fees are not limited to the walls of the hospital. Outpatient services and physicians practicing outside of the hospital are subject to fees, making them difficult to avoid. For example, a facility fee can be charged when an employee has routine blood work performed at an outpatient facility. The lab work gets covered, but the employee is left to pay significant balances after the fact. A report by Orlando Sentinel, citing information from the Medical Payment Advisory Committee, states that facility fees “can increase the total cost of a service by three to five times,” putting recipients in a difficult position.

Surprise expenses of any kind can put enormous strain on a working family, and that stress can impact the employer. Not only will general morale suffer, but the employee may also blame the benefits plan, which can mean problems with retention and performance even if the employer did their best to provide the best benefits possible.

This is unfair for everyone involved.

An advisor can help. Having someone in your corner who understands the complexity of the healthcare system can protect your employees from unexpected and costly medical bills and allows you to stay focused on your business. An advisor dedicated to your business can help employees navigate their options, avoid unexpected charges, and advocate on their behalf if they are overcharged is the individualized attention your business deserves.

We hope that legislation will eventually address this problem in healthcare, but for now, you should take steps to protect your business and your employees from unfair charges. 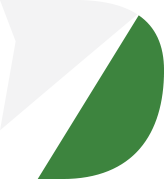